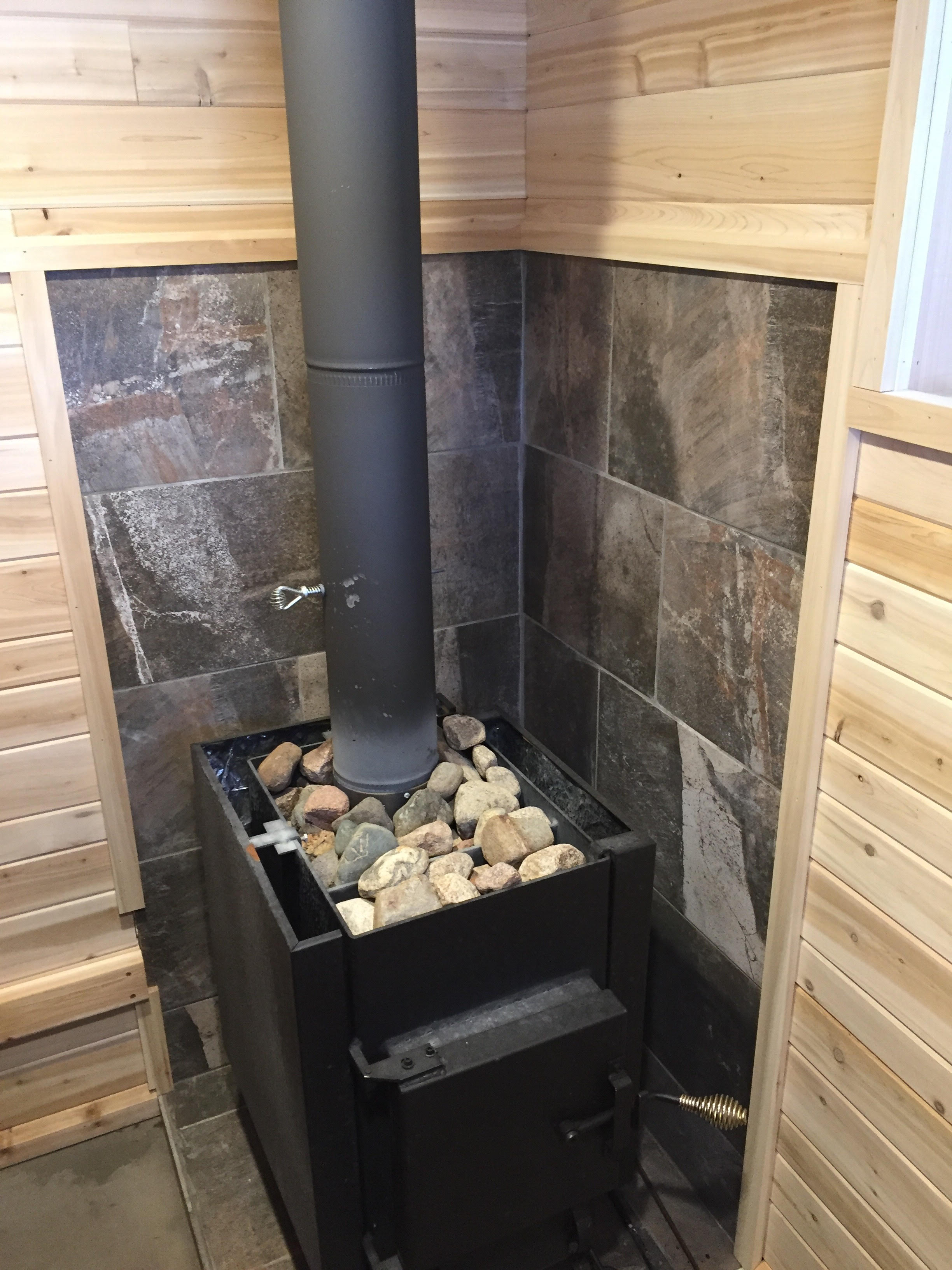 I have had a few people ask me for a list of all the components needed for installing a wood stove.  Home Depot doesn’t stock the chimney gear.  Selkerk website is pretty lame.

For purchasing all the chimney and stove pipe components for your wood stove, I suggest:

Menards stocks all the Selkerk “Super Vent” line of products.

I have built a bunch of saunas and have purchased many sets of wood burning stove components. Here is my list of what you need (not official names) from the stove up:

Thanks Tony for link below. It looks complicated, but after #1 above (a deep breath) we can work through the brochure found alongside the products for sale at Menards. Those with no access to Menards, I encourage you visit a fireplace supply company in your area.

Here is a screen shot of a page in the Selkirk brochure which guides shoppers to purchasing all the stove components available:

Thanks to Matt, who took 10 deep Wim Hof breaths and navigated through the Menards website shopping cart builder, we have a great visual on exactly what is needed to go from – in order – the wood fired sauna stove to above where birds fly atop your chimney outside. On behalf of future DIY sauna builders far and wide, I look forward to thanking you, Matt, with a nICE mug and a Fulton 300 between sauna rounds.