Sauna venting: everyone has an opinion 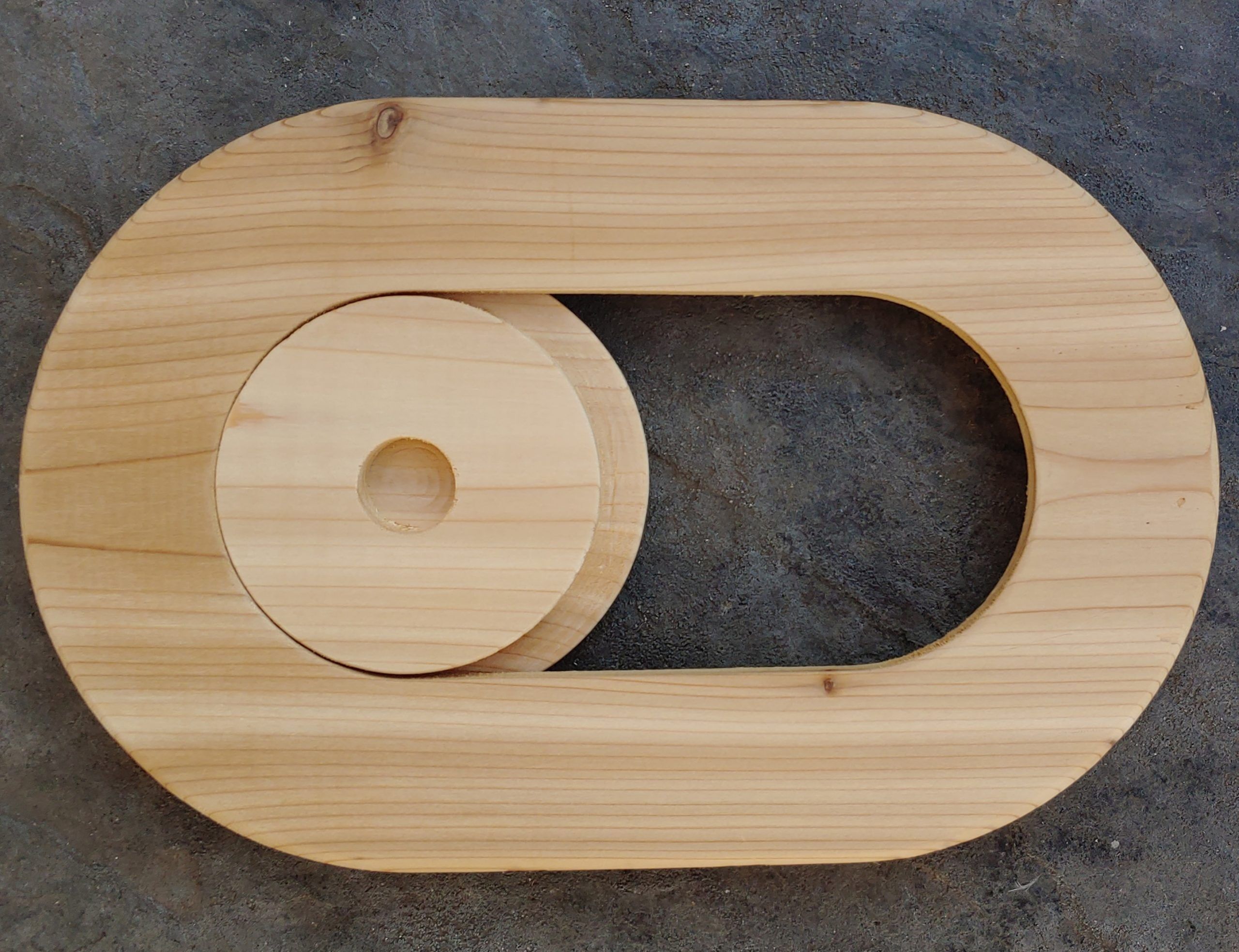 Guest post series continues. Venting your sauna is critical. As we look to get some fresh air thinking regarding sauna venting. And everyone seems to have an opinion. We are Pleased welcome Jeff C. back to Saunatimes! Jeff is an electrical engineer who has built his own sauna. Jeff’s thorough summary of the electric sauna stove market in the US. Part 1 is here, and part 2 is here. Welcome Jeff:

Sauna ventilation with an electric heater

I was talking to an acquaintance recently and brought up sauna. She immediately replied, “Oh I don’t like saunas, they are always so stuffy inside”. She’s right. Poorly designed saunas often are stuffy. Saunas heated with an electric heater are particularly susceptible.  It made me wonder how many people were missing out on sauna due to a previous bad experience with poor ventilation.

My sauna (electric heater) was stuffy at times despite what I thought was a pretty good vent system. It turns out I was wrong and had made some mistakes. After Glenn wrote about how the Finns were fanatical about ventilation, it inspired me to get things fixed. Through research, and trial and error, I’ve got things working much better now. I thought I’d pass along some of the things I’ve learned.

A few key points to understanding venting your sauna

So, with those thoughts in mind, here are some examples of different venting schemes along with some observations on how they affect airflow and temperatures.

This system will provide excellent ventilation, provided that the intake and exhaust each vent from/to the same space (very important and discussed more below) . Cool air is pulled in the low vent by the vacuum created by hot air rising, which then exhausts out the high vent on the opposite side of the room. This system is nearly foolproof.

However, this system has one big drawback however. This system creates a very large temperature gradient as shown in the graphic (this is from Tylo but comparable to my experience). Imagine sitting on the top bench with your head up around 85 deg C (185 F). Your feet down on the lower bench are only at 45 deg C (113 F). It’s downright cold. Someone laying on that lower bench may not even break a sweat. This might be desirable if you have small kids in the hot room, but otherwise it’s not what I would call a kick-ass sauna.

You’ll see this setup recommended by many sauna manufacturers (the graphic is from Superior Saunas). This seems like a good approach in theory, but it does have some drawbacks. The idea is that air is forced through a more roundabout path before it exhausts the sauna. This results in a dramatically reduced temperature gradient. The lower bench only being around 20-25 F cooler than the upper bench (unlike above where it was around 50 F cooler).

This is the scheme I originally used in my sauna and it worked okay, but not great. Stale air would pool in the upper corners of the ceiling making it stuffy for those on the upper bench. Sometimes air flow would seem to just stop for a bit.  The problem is that convection can be easily impeded or interrupted. Restrictions from the roundabout path can cause airflow to slow with air pressure changes and obstructions akin to too many bends in an air duct. Also, heavy blasts of loyly would become a little uncomfortable sitting on the upper bench, as the humid air would stagnate at the ceiling.

My solution was to combine both high and mid-level exhausts, along with fixing some vent location problems. I will discuss in more detail below, after reviewing some other options.

This is a clever approach used by some higher end sauna manufacturers and is worthy of consideration. The idea is that the airflow uses the same roundabout path as in the previous scheme. However air flow is increased by convection within the “chimney” on the right side of the drawing (shown by the blue air in the wall). Hot air rising within the chimney creates a vacuum at the exhaust vent pulling in air despite its lower location.

I did not try this approach. But it should have a small temperature gradient and reasonable airflow. However, I would still be concerned about airflow restrictions and would add an adjustable exhaust vent at the top of the chimney. This would help vent pooled air at the ceiling, just in case it was needed.  If not enough hot air gets to the exhaust opening you won’t get a that required draft in the chimney.

If none of these are sufficient, or if the goal is to minimize the temperature profile, a fan can be added so that the sauna doesn’t need to rely on convection for good airflow. Note that this pertains to an electric-heated sauna only.  Mechanical ventilation can disrupt the natural drafting of a wood-fired stove and is not recommended (unless you really know what you are doing).

Here’s an example of a mechanically-ventilated sauna from Tylo. Compare the temperature gradient to that of the first example at the top of the post. Note that the intake on the left is now moved above the heater and is also located above the exhaust near the floor on the right. (The vent at the top right is for venting the sauna afterwards and is closed during sauna’ing).

Without a fan, this arrangement will not flow (or maybe will flow backwards) due to the poor convection and would be extremely stuffy. With a fan airflow is guaranteed with a minimal temperature gradient. Here’s another example from a Finnish sauna heater manufacturer.

This is a very similar scheme as shown in the Tylo example. The temperature gradient is excellent. Note that here the intake has been moved even closer to the ceiling. This helps ensure good air movement across the top of the sauna, and minimal pooling of stale air in the upper corners.

So it would seem that mechanical ventilation is the best way to vent an electric-heated sauna. Well maybe. Do you want to listen to a bathroom fan running the entire time during a sauna? I don’t. I have a vent fan installed in my sauna that I run after I’m done. This removes humidity and helps preserve the wood. Before I got my convection ventilation fixed I would run it occasionally during sauna if it got stuffy inside. I found the fan noise extremely distracting even though it was a supposedly “quiet” fan.

I could not imagine having a noisy fan running continuously every time I took a sauna. Perhaps an extremely high-end fan with some sort of noise insulation located at the far end of an exhaust duct might be acceptable. I would recommend anyone considering this type of arrangement to experiment first to ensure the noise is acceptable, before locking yourself into this configuration. If you want to go back to convection later you’ll need to add additional vents after the fact to get the airflow moving properly.

Configuration for venting my sauna

After some trial and error I ended up with a relatively simple convection system. It works very well and provides considerable flexibility. My system uses a single always open intake near the floor next to the heater, and two adjustable exhaust vents, one about 6” below the ceiling and one below the upper bench. All are vented directly outdoors to ensure good convection flow, and minimal air pressure differentials. By varying the opening between the two exhausts I can dial in the my preferred balance between airflow and the temperature profile.

Usually I sauna with the lower exhaust vent open about twice as much as the upper vent (shown above). This maintains a good temperature profile while preventing stale air from pooling up around the ceiling. If my kids are in the sauna I’ll open the upper vent up which dramatically cools the lower bench and floor by about 20 deg C while the upper bench stays pretty hot. It’s pretty amazing what a difference it makes. If I want to quickly break a sweat I’ll close the top vent and sit on the upper bench and it warms up a few degrees. It’s a simple and inexpensive system that works well. If it ever does get stuffy (say after a too intense loyly blast) I simply open the top vent all the way for a minute to quickly clear things out.

A couple of other lessons learned venting your sauna

One thing that can’t be overstressed is that the intake and exhaust must vent to the same place. Have either both indoors or both outdoors but don’t mix them. I made this mistake as I used a gap under my door (to the changing room) for the intake and an exhaust vent to the outside. I thought that since the changing room was vented to the outside it would still flow. It did most of the time but on windy days it would completely stop flowing due to the indoor/outdoor pressure differential. It would actually flow backwards sometimes as I could feel cold air coming in the exhaust vent. Remember, with an electric heater you don’t have the strong intake pull from a fire, so it’s really easy to interrupt the convection flow. I fixed it by adding a dedicated intake to the outdoors next to the heater about 6” above the floor.

Another lesson learned is to include generous vent sizes. For a typical family sauna make the intake at least 25 sq inches, 30 sq inches is better. Grills will also impede airflow so leave a grill off the inside (but use a screened soffit vent cover on the outside to keep the critters out). My intake is wide open (not adjustable) as I regulate flow using the exhausts only. However, I’m in a mild climate and I don’t know how well this works if it’s 10 below outside. If you choose the two vent exhaust system like I use make sure both of them are big enough so if only one is open it can match the intake size. Bottom line is you can always close the vents if they are there, but can’t open them if they aren’t.

Good luck and if others have different schemes that work well with electric heaters please post them.

EDITOR’S NOTE: As you can see, sauna ventilation is subjective. Different sauna manufacturers offer different recommendations. One of the great things about sauna, as we know, is that every sauna has its own soul. Good ventilation is critical for good sauna. How we build ventilation into our saunas may in fact be “optimized” through listening to the soul of our own sauna, and installing vents accordingly. (ie, start using your sauna, and then put in vents where you think your sauna may be whispering to you).

Jeff applied trial and error, and has achieved awesome venting in his sauna hot room. However you go, as Jeff mentions, be sure to install vent covers or “chutes.”  Then, you’ll have total control of fresh air, allowing our saunas to breathe for optimal sauna experience. 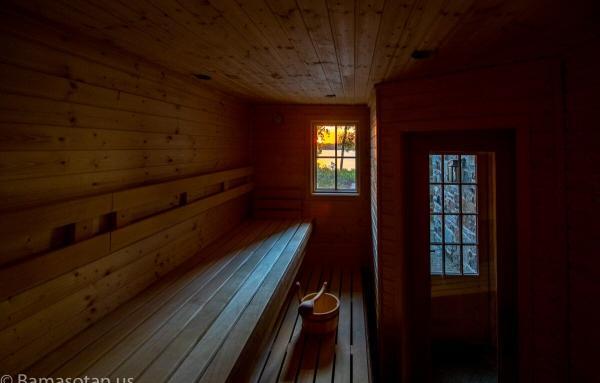 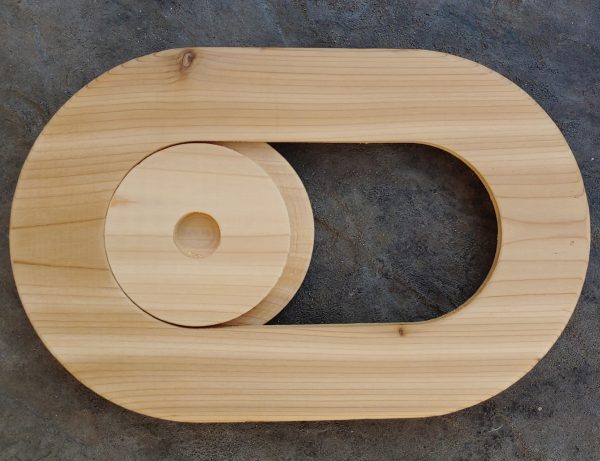 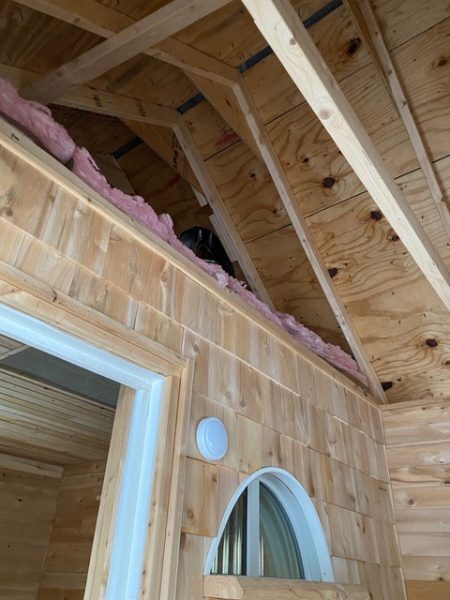 What is the best venting system for your sauna building? 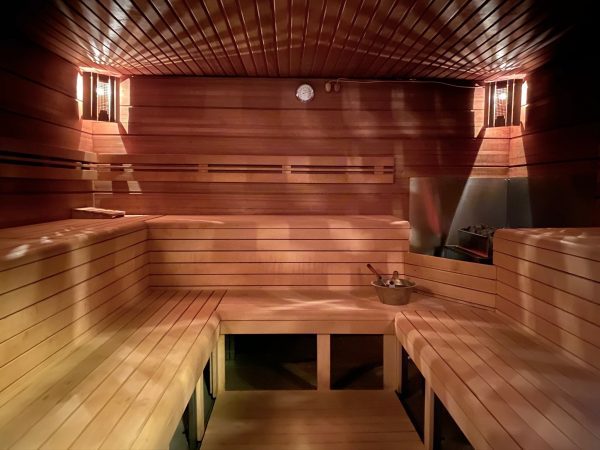 It’s not what you think: good venting actually makes your sauna feel hotter

29 thoughts on “Sauna venting: everyone has an opinion”