“Sauna’s too hot”, “turn up the heat!”: One simple suggestion for a health club manager. 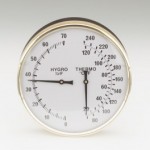 Are you a member of a health club?  I bit the bullet and joined one.  This health club sauna is as bright as a hospital room: walls tiled floor to ceiling, and there’s the imposing rules and regulations sign, including the buzz kill: “do not toss or spit water on sauna rocks.”

Post workout yesterday, cautiously, I  enter the sauna joining a guy fully clothed wearing headphones bobbing along to Lady Gaga or similar: more buzz kill.  A third guy enters.  An old school guy who’se developed the art of taking a swig of water and spitting it like a hose out his mouth onto the sauna rocks.  I’m debated whether to whistle the guy out, but a little Loyly is welcome, albeit mixed with his saliva.

Next comes the ranting:  “This sauna’s too cold.  They have a suggestion box, you know.  If enough people complain..”  It’s 175f.   I decide to argue the point with him, explaining that if they crank it up, others will complain that it’s too hot.  He resigns himself to:”can’t please everybody, I guess.”

All Health club saunas should be built with triple benches. The Lady Gaga guy can sit in his track suit on the lower bench, others can moderate in the middle bench, and this guy can spit water to his heart’s content up by the ceiling on the upper bench.

Next dream?  The tile saw, blazing a hole to the outdoors, to a fresh air chill out zone, where after a clean rinse, members can embrace the rubber band theory raising their hands in the air like Andy Dufresne escaping from Shawshank Prison.

Saunatimes will continue to wave the flag for folks to build their own backyard sauna.  Life’s too short.  Let’s go.  Let me help you escape to your own authentic Finnish sauna.

“come sauna if you wanna” is an invitation with no commitments

4 thoughts on ““Sauna’s too hot”, “turn up the heat!”: One simple suggestion for a health club manager.”

DISCLAIMER: Sometimes, I like a product so much that I invest my time (and sometimes my own resources) to help get it off the ground. I most often post product info without any financial compensation at all.