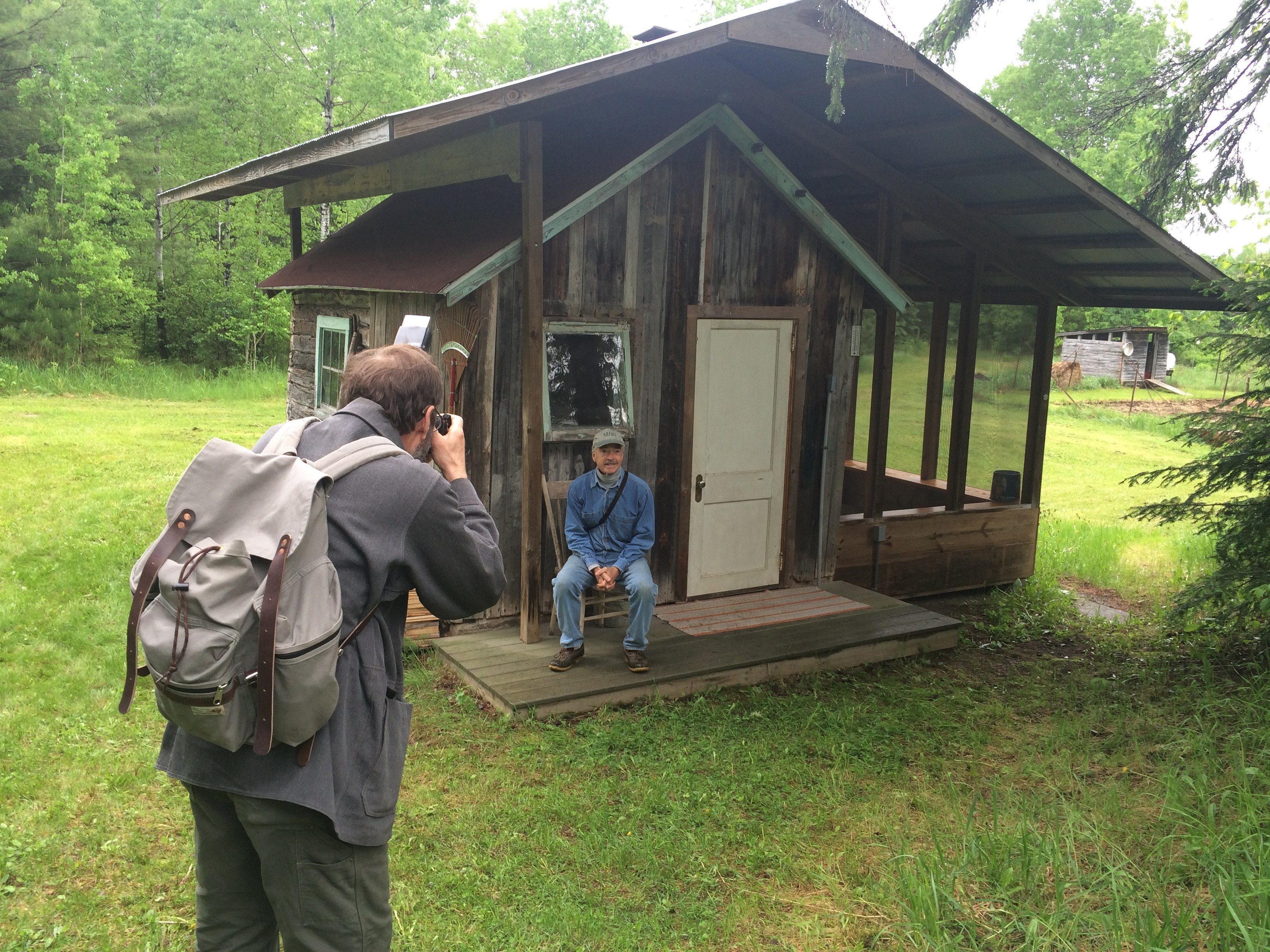 We awoke from a convivial night’s sauna session at my cabin on Pine Island, Lake Vermilion (Sauna Talk podcast from hot room coming soon).  After a little breakfast and pep talk, we boated to mainland, then drove the 40 minutes to Embarrass, MN.  I was joined by three heavy duty sauna friends: Garrett Conover, who flew in from Maine to capture the event as well as other Northern Minnesota saunas for his latest book project.  There was esteemed associate JP, the founder and Chief Hot Room Officer for 612 Sauna Society,  and thirdly, our token Finn/American: Lee Sarkela, who not only looks the part, but true to his genetics, outlasted all of us on the bench and in the lake – with or without any Wim Hof training.

Upon our arrival, we were met with the jovial storytelling and guitar work of Casey Aro

Casey’s Finnish American folk tunes helped set the vibe of why we were all there – Finnish heritage and sauna.  The Helimark Homestead & Museum in Embarrass was our basecamp.  Here we were able to peruse the museum, sample some local breads and Minnesota’s version of Makkara sausage, then hop on the tour bus where a few miles and a couple dirt roads later, we pulled into the driveway of Chuck Neil, who inherited his house and sauna from his Uncle George Wahro.  The sauna was built at the turn of the century.  In 1929 it was moved and converted from a savusauna to a conventional wood burning sauna.

There’s a vaulted ceiling inside the hot room, and a Medium Kuuma stove with a ton of rocks, including a mesh wrap of rocks up the chimney pipe.  The hot room, as you can see, offers a big nod of tradition and history, albeit with some additional modern character such as LED lighting, giving us all a super comfy feeling.  The hot room vibe, coupled with Chuck’s amiable conversation, had me wishing we could have joined on the bench for a round or two.

But we worked our way back onto the bus, and then a short drive later, we arrived at the Northern Comfort Bed & Breakfast.  Co-owner Pam was Scandinavianly low key, standing off to the side as we approached, letting her sauna speak for itself.

For our third sauna on the tour, we visited the historic Pyhala homestead ,where a plaque tells us just about all we needed to know: 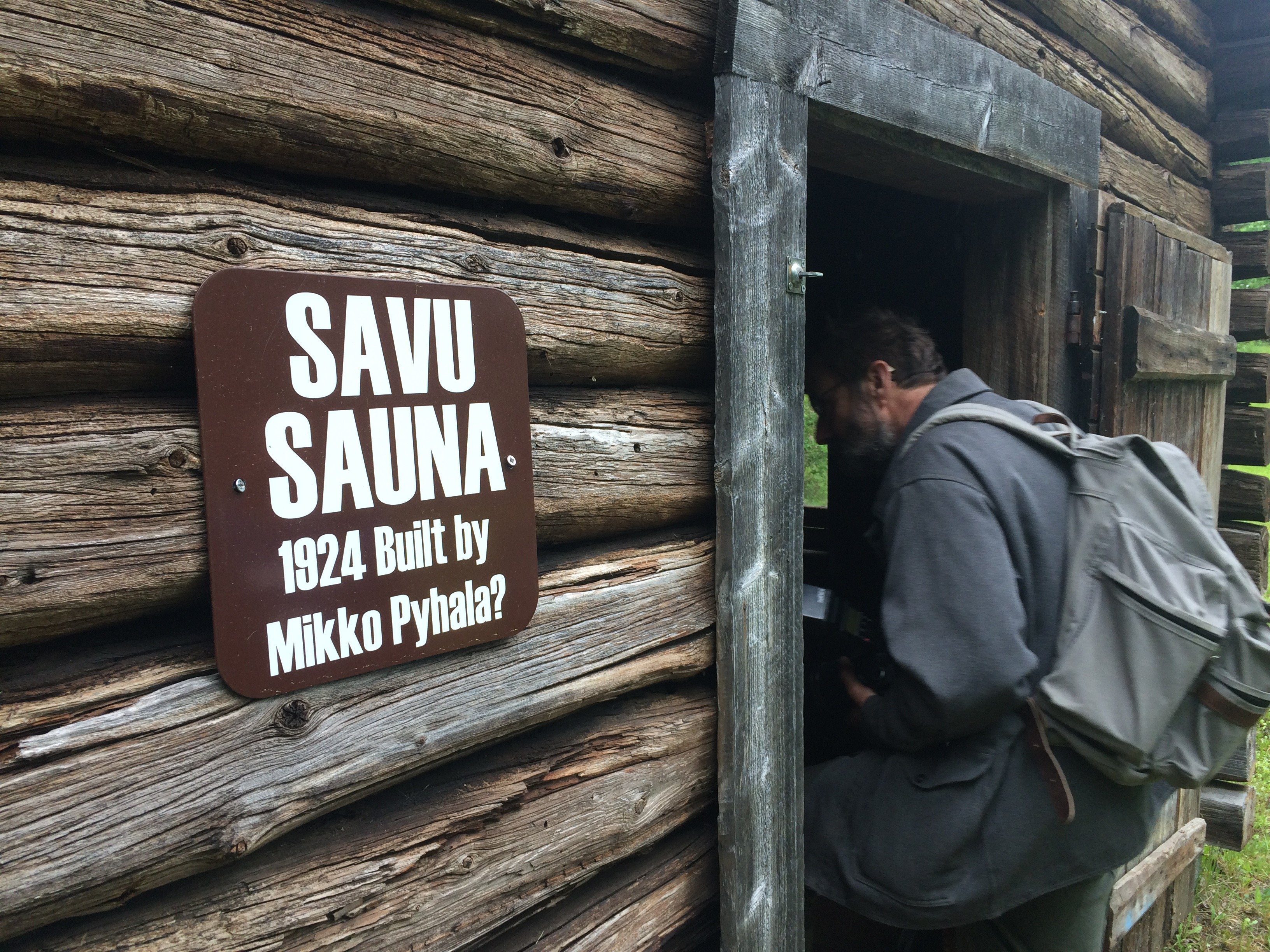 But there was much to learn about early Finnish timber building.

We learned the differences between a saddle notch – which can be cut out with a knife, a lock notch, and a block notch, which calls for a notch along the entire length of the log so the log can nest tightly on top of the one below.

For our last stop, we parked and marched up a hill, on top of sandy loam soil that allowed the Finns to raise potatoes in this harsh and unforgiving climate, to the former Hanka homestead.   Here we see Lee Sarkela demonstrating the “drunk fence” that not only keeps one from falling onto the sauna stove, but provides a foot ledge that elevates the sauna bathers’ legs allowing for better circulation and good vihta action, as simulated by Lee in his National Sauna Day uniform.

Thanks to Embarrass MN Historical Society for sharing the sauna tradition.  Folks came from far and wide to appreciate the importance of sauna within the context of the Finnish township of Embarrass, MN.  Though results are not yet tabulated, Garrett Conover is an early favorite to win the newly proclaimed Vihta Award, given to the guest who traveled greatest distance to attend the festival, 1294 miles from Hanover, Maine.  As sauna culture and awareness continues to get hotter and hotter, we at Saunatimes are excited to see what twists and turns are in store for National Sauna Day 2017. 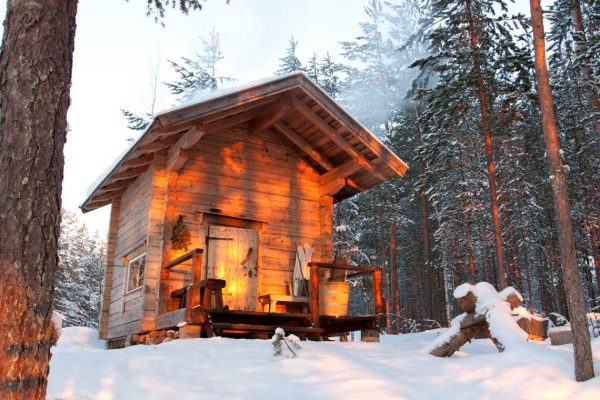 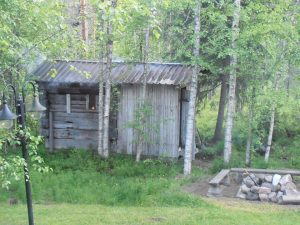 A savusauna enthusiast lets out all the smoke from his smoke sauna, and feels great describing the process 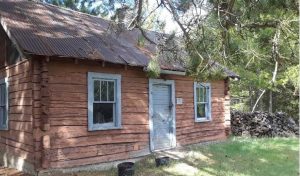