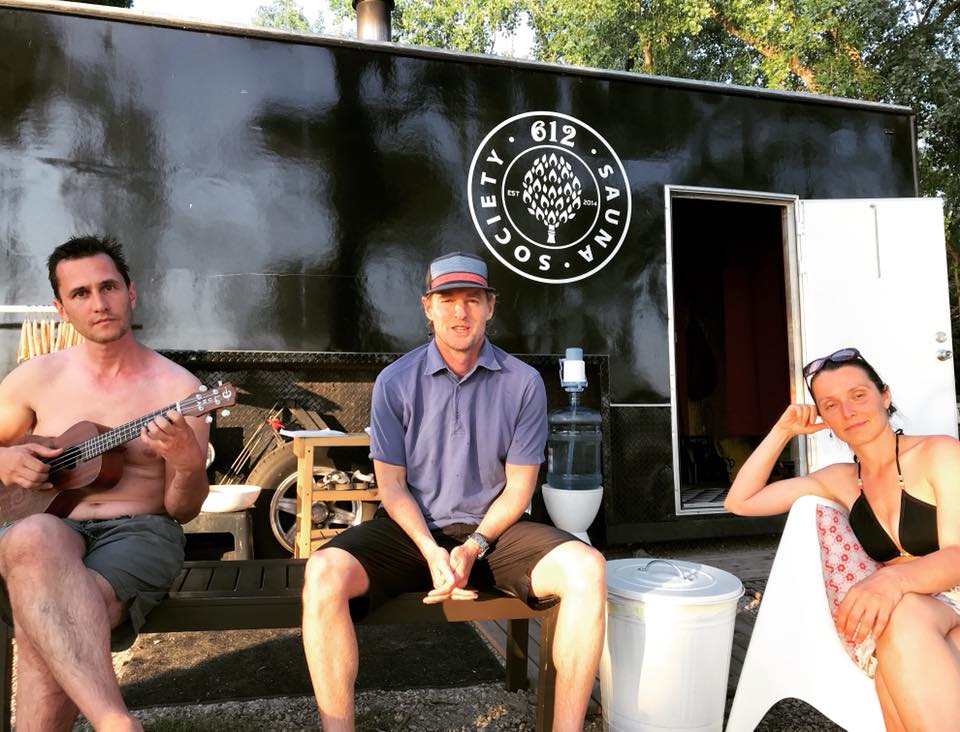 The story starts atop the rooftop bar at the Hewing Hotel, where Rod Buhrsmith and John Pederson, find themselves sitting alongside Owen Wilson, actor famous for such films as Midnight in Paris, Meet the Parents, and Wedding Crashers.  It’s a quiet, sunny, mid Saturday morning.  A few guests are scattered about the rooftop bar, taking in the Real Madrid v. Liverpool match on the tele.  Not wanting to encroach on Owen, idle chit chat about the game ensued.  JP left after a bit for reasons that come up later.

At half Rod strolls over and thanks Mr. Wilson for spending his Memorial Day weekend in our fair City and asks: “you present yourself on film as a laid back chill actor, and you’re probably like that in real life too, how do you feel about strangers coming up to you, wanting a piece of you, wanting to talk and possibly interrupting your peace?”

“Oh, it’s fine, most people are very respectful and nice.”

Rod and Owen Wilson strike up an engaging conversation.  Mr. Wilson is “in town visiting friends” and Rod lives in Minneapolis and is co curator of Hewing’s rooftop sauna, as part of Sauna Society Builders’  Saturday Schvitz.  As the conversation steers itself towards sauna, Owen Wilson gets bright eyed.  “I have a barrel sauna in my Santa Monica house and a sauna at my place in Hawaii.”  They talk more and find much in common: cold plunges, Wim Hof, and the general appreciation of a good sauna as part of chill and wellbeing.

Rod offers: “Well, there’s a sauna going down at Hidden Beach this weekend. You may want to check it out. My partner, JP, who you met earlier is over there hosting.”

And there we have it: a couple cool dudes, Rod and Owen Wilson, meeting casually, sharing a conversation and a common interest.  They shake hands and part ways.

Later that afternoon, sure enough, Owen Wilson finds the 612 mobile sauna residency along the shores of Cedar Lake in Minneapolis, MN.

He had found Hidden Beach by bicycle, borrowing one available for guests at the Hewing Hotel.  It’s a great ride, actually, along a dedicated bike trail from the downtown hotel, under Target Field (home of the Twins) and along the nicely wooded vacated railway line to the Chain of Lakes area.  We can only imagine the adventurous actor finding his own way with minimal directions, then coming upon Hidden Beach and the mobile wood burning sauna with that big smile:  “my kind of vibe.”

As seemingly all folks seem to be from the 200 member strong 612 Sauna Society Cooperative, members and guests were respectful and chill and, per usual, everybody was treating everyone else as equals and with respect.  Surely this is why Owen Wilson chose to stick around for “most of the afternoon” per John Pederson, founder, and Chief Firewood Officer.

“We were hanging out and chatting about sauna and Hawaii for about a half an hour” explains Silvia Yordanova, 612 Sauna Society member.  “I didn’t know who he was until somebody told me later.”

John Pederson describes the atmosphere at Hidden Beach this past Memorial Day weekend: “It was an incredible time.  A ton of fun for all, a celebration for a year of hard work getting the 612 Sauna Society Cooperative off the ground.  Reservations earlier in the weekend were fairly soft, but people that came early in the weekend all started returning and bringing their friends for more sauna sessions.”  John continues:  “The sauna is incredible.  The wood heat is real heat and incredibly therapeutic.  Being amongst trees and in Nature, the way we had the sauna laid out at Hidden Beach, created this wonderful space to relax between sauna rounds, after enjoying these fantastic cool downs in the fresh waters of Cedar Lake.”

Later in the day, Owen Wilson slipped out for awhile, but, per John Pederson:”he came back again to squeeze in a few more sauna rounds before we closed.”

This is what authentic sauna is all about.  Nature with a capital N.  Sauna in Nature is bigger than all of us.

More photos from the weekend here. 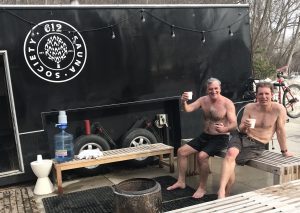 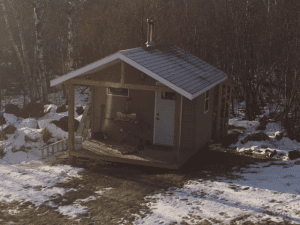 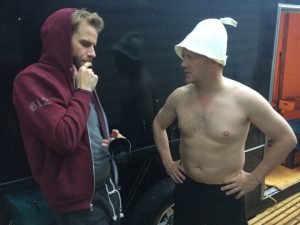 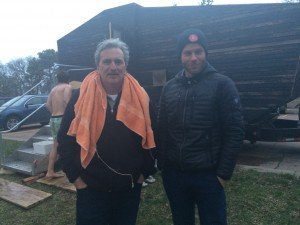 JP and the 612 Sauna Society: mobilizing the Minneapolis and St. Paul sauna culture one lake plunge at a time