The study reports that frequent sauna use may reduce the risk of dementia and Alzheimer’s disease by up to two-thirds.

Men who used a sauna four to seven times a week were 66 percent less likely to be diagnosed with dementia compared to those who went to the sauna only once a week. The findings are based on data compiled over 20 years from more than 2,300 middle-aged men living in the eastern part of Finland. 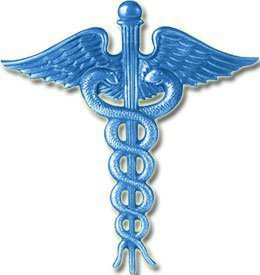 A follow up article to the study from Advocate Health Care Health enews quotes Dr. Srinivas Reddy, a cardiologist on staff at Advocate South Suburban Hospital in Hazel Crest, Ill:

“Cardiovascular health can certainly affect the brain in a number of ways,” he says. “We know that improved blood flow to the brain leads to better overall mental function in areas such as planning, organizing, and attention.”

Heat, in any form, is known to dilate, or widen, the arteries of the body, says Dr. Reddy. Because this dilation can stress your heart, he adds, people need to talk with their physician before starting any sort of regular sauna usage.

In addition to the purely biological causes and effects, says Dr. Reddy, sauna bathing may also help present and future mental health because of the relaxation and sense of well-being that it may provide.

“Using a sauna tends to be a very stress relieving experience with the heat helping to relax you,” he says. “And there is a lot of evidence that chronic stress contributes to the risk of dementia and Alzheimer’s disease.”

As discussed with Dan Baruch on Sauna Talk, there is a two pronged benefit to frequent sauna use:

Dr. Reddy references this above.  Dan calls these benefits intertwined or a chicken and egg.  A cumulative effect.

In the spirit of not needing to be a weatherman to know which way the wind blows, yes, we all feel the physical benefits with our saunas.  Yet frequent sauna sessions help us relax and help us chill out.  The cool down is as awesome as the heat up.

Next time you feel the endorphin rush and have a laugh with a friend or family member between sauna rounds, keep in mind that you are tapping into the two pronged benefit to sauna: physical AND mental.  This, in my opinion, is how we keep dementia and Alzheimers at bay (and have fun at the same time).  More on Alzheimers here.