Time magazine: “Why Saunas Are Ridiculously Good for You”

In 2014, we reported that the AUTHENTIC sauna cat is finally out of the bag,  Thanks to the 2016 study announcing that sauna may reduce risk of dementia and Alzheimers, we are seeing major media “catch up” to what we have known to be true (if only intuitively) for a long time:

Saunas are ridiculously good for you.

Now that Time Magazine announces it, look out for people to come knocking on your door and wanting to get in on your sauna action.

We used to get made fun of:

But like craft beer, great music, and bikes with fat tires, we first get made fun of, then people finally try it, and before you know it, they dig it.

We don’t mind.  Move over.  Make some room on the bench.  It’s sauna time!

Here’s the article, copied and pasted without permission, and with all the adds pulled out:

“A visit to the sauna is more than just relaxing; it seems to have real heart and cardiovascular benefits, as well. A group of researchers from the University of Eastern Finland—who previously found that people who regularly used saunas had lower rates of hypertension, cardiac death and dementia compared to infrequent users—now find in a new study that sauna bathing can have a direct effect on blood pressure, heart rate and vascular health.

The team’s earlier studies on the health benefits of saunas, published in 2015 through 2017, were observational—meaning they could only find associations, and not cause-and-effect relationships, between sauna use and health outcomes. This time, however, the Finnish researchers recruited 102 people and monitored them immediately before and after a 30-minute sauna session to see what happened.

The sauna sessions also improved people’s vascular compliance: a measure of blood vessels’ ability to expand and contract with changing pressure. Their heart rates gradually increased during the sessions, as well, to an average of 120 beats per minute—about what would be expected during moderate-intensity exercise. (Normal resting heart rate is between 60 and 100.)

That doesn’t necessarily mean that sitting in a sauna is as healthy as working out, says study co-author Dr. Jari Laukkanen, a cardiologist and professor of medicine at the University of Eastern Finland. “For this argument, we are not yet sure,” he told TIME by email.

For one thing, he points out, muscles aren’t getting the same benefit from a sauna bath that they would from a true workout. “However, circulatory responses may be similar,” he says, which suggests that sauna bathing could help keep the heart healthy and pumping efficiently.

There are several ways by which sauna bathing might decrease blood pressure, at least temporarily, says Laukkanen. It increases body temperature by up to 3.5 degrees Fahrenheit, which can cause blood vessels to widen and help blood flow easier. It also triggers sweating, which removes fluid from the body. Then there’s the reason most people visit saunas in the first place: It can help relieve physical and mental stress, which is another contributor to hypertension.

The people in the study, with an average age of 51, all had at least one risk factor for cardiovascular disease, but were otherwise healthy. The saunas were kept at 73 degrees Celsius (164 degrees Fahrenheit) and 10 to 20% humidity, to mimic the saunas many Finnish people have in their homes.

Laukkanen says the findings may not apply to other types of steam rooms or saunas kept at different temperatures, or to people of different ages or health statuses. He cautions that people with low resting blood pressure or symptomatic heart disease should talk to their doctor before entering a sauna.

But for people without heart or vascular symptoms, he says, the argument for spending more time in the sauna is strong. “This study adds to our knowledge about the mechanisms explaining the possible protective effects of sauna,” he says, and helps rule out other lifestyle or environmental factors that may have influenced their previous findings.

“At the moment, we can say that sauna use is recommended, and it seems that more is beneficial,” Laukkanen says. (In his team’s previous research, people who visited saunas four to seven times a week saw the biggest benefits.) More studies are needed before the practice can be touted for the prevention and treatment of disease, he adds, “but we are sure that it is not harmful.””

In the video, from the article, it is noted:

We are on the cusp of some important scientific sauna action here in United States.  Do you want to join our team?  Please contact me directly.  People love studies and we’re going to give them a few.  AND an authentic sauna to do it.

This is the story: 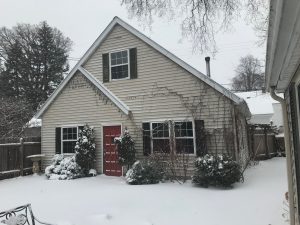 How I went on a wellness retreat without leaving my property 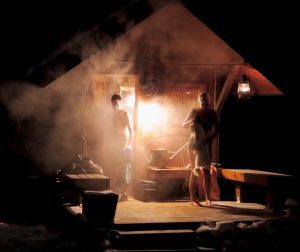 Sauna is more than a hot room 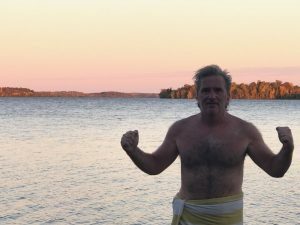 With sauna, the cool down is as important as the heat up

5 thoughts on “Time magazine: “Why Saunas Are Ridiculously Good for You””