Sauna Talk: Terry DeGroote. He’s one of those rare breeds who can build or fix anything

Terry is a career handyman and caretaker.

His territory is the islands of Lake Vermilion, Tower, Minnesota.  Terry was brought to Pine Island in diapers.  He endured small stretches of time away from Lake Vermilion, with his family living in Hawaii for a few years and a career with the Duluth News Tribune in Duluth.

Yet, primarily, Terry has spent his life on the lake.  He has been an invaluable help to many dozens of Lake Vermilion cabin owners.  His skills as a handyman and builder are infinite.  He has hands in 40-50 different cabin projects.  He manages 40-50 cabins, which includes such tricky annual work as docks in and out, water systems shut down and opened up, plus the myriad of things that come up from roof leaks, to bees nests, to, well, you name it.

If you’ve had anything weird go wrong at your home, chances are Terry has encountered exactly this, and many times over.

Terry, like me, has built about a dozen saunas himself.

I’ve learned some tricks from him, and i’d like to think he’s learned a few tricks from me as well.  We have spent many sauna rounds on the bench discussing building nuances.  It’s a testament to his passion to the trades, as well as his continued interest in learning and expanding his knowledge base.

One of Terry’s favorite lines is: “what one man can do, another can do”, from the movie “The Edge”.   The movie is about a wealthy businessman, played by Anthony Hopkins, who with his son in law, played by Alec Baldwin, get into a harrowing chase down by a grizzly bear after their single engine airplane has to make an emergency landing in the wilderness..

But Terry isn’t worried about bears on Pine Island.

The expression for him is about not being daunted by problems that come up with projects.  And sometimes these projects are overwhelming for the specialists who had initially been called in.  After the “pros” shake their head no and get boated back to the public landing, most often Terry comes in and fixes the problem.  I’ve seen this first hand.

One of my lines is “getting the right tools and materials to the job site is half the job.”  This is hard to dispute for island work, which Terry does most of.  Sure you could argue that cutting the grass is only 30% about having gas in your lawnmower, blade sharpened, and the right shoes on, but when i’m building a deck, for example, I know that having all the right tools and materials on site is half the battle, and the least fun.

The third philosophy of tackling projects is something I often see with how Terry operates.  Ryan Holliday, in The Obstacle is the Way, presents us with: “that which blocks our path creates a new path.”  Nowhere is this more exemplified than with completing projects.  I can’t tell you how many times that I’ve hit a stumbling block, only to realize that the obstacle was trying to tell me something: “there is a better way, you stubborn fool.”

Terry lives this kind of thing.  He practices a growth mindset.  Things are going to fuck up.  No question.  But what appears to be a problem or a set back usually turns out to be a path to a better solution.

This episode with Terry is part of the 218 Series of Sauna Talk.

We heard it with Daryl Lamppa, who spent countless hours in his garage learning about how wood burns, and tinkering with the design of his sauna stove.  And with Terry we see this same type of devotion to his trade.  A care and commitment to making something remarkable and making it right.  These kind of people impress the heck out of me, and we can all be more like this with our projects and in our lives.

Lastly, for those tackling their own sauna build or home project, i’d like to introduce you to WIT.  You can read here about how applying the Will, Information, and Time to your project, whatever it may be, will lessen the amount of money you will need to throw at your project, and will certainly maximize your satisfaction.

So, Terry is one of my top mentors.  He’s saved my ass countless times at the lake.  I try not to bug him as he’s always going from one cabin to another, working hard everyday.  But when I see him, i’m always happy.  And we have a great time taking a sauna, too.

Need a fall project?  Now is a great time to install a freeze proof faucet for your backyard garden hose shower.  More here. 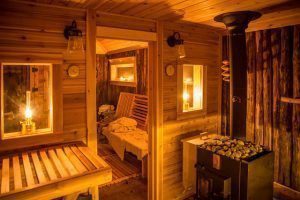 Sauna build in Northwest Wisconsin has changed the whole cabin experience: everyone wants to hang out there 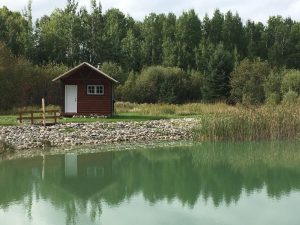 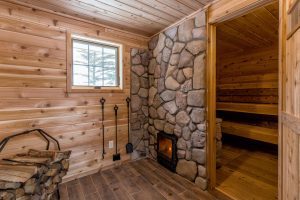 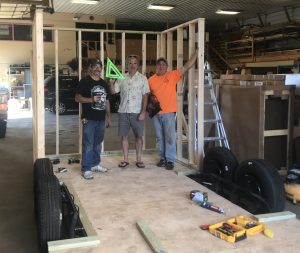 Could “phase build” be the most liberating, empowering, motivating way to build your own authentic kicks ass sauna?

4 thoughts on “Sauna Talk: Terry DeGroote. He’s one of those rare breeds who can build or fix anything”